HumanKind is working with a new company! Let us introduce to you Forai, or Friends Of Refugees and Immigrants. A bit different from most of our other artisan groups who are located in the developing world, Forai is based in St. Louis, Missouri and works with refugees and immigrants who have moved to the U.S.

Forai is a 501(c)3 non-profit founded on fair trade principles that supports refugee and immigrant women as they begin home-based micro-businesses to supplement their incomes through the production of high quality, marketable jewelry and accessories. Forai’s dainty, elegant jewelry is sure to blend gracefully into anyone’s jewelry collection and their baby onesies and bibs are cute and unique, providing an alternative to mainstream brands of infant attire while supporting a great cause.

Forai currently works with just 12 women from four countries: Bhutan, Burma, Nepal, and Colombia. Forai is helping empower refugee and immigrant women who face multiple barriers to employment in the U.S. such as language barriers, lack of formal education, and childcare. Each artisan works from home on her own timetable to complete monthly projects, all the while being paid a fair wage that enables her to improve her standard of living while learning skills and building a relationship with her mentor. Each item comes with a tag that is signed by the maker and says the country that they come from. Here is a little bit about some of the artisans whose creations we have in the store right now: 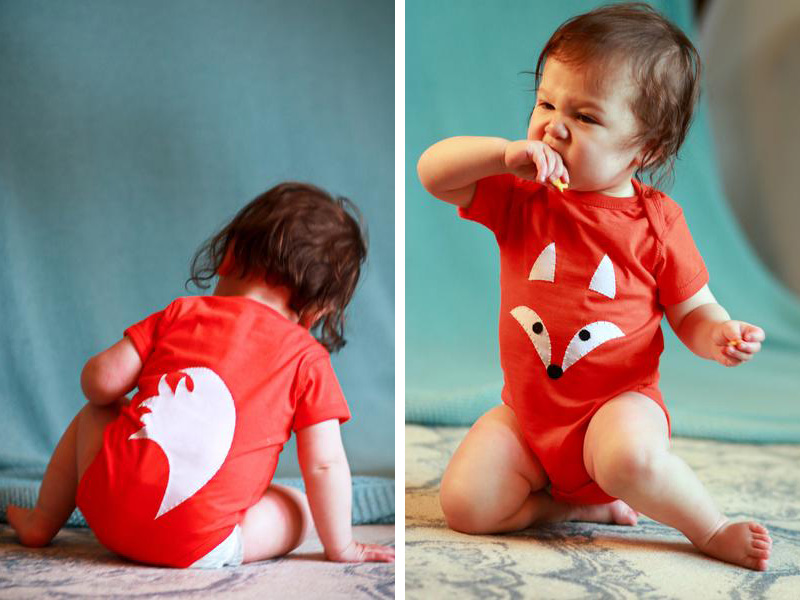 These adorable fox onesies were made by Rupa! Rupa grew up in a refugee camp in Nepal, where she spent her days hauling water and gathering firewood. Little time was left for learning handcrafts. In 2013 she joined Forai’s hand sewing project and began to learn how to hand stitch the appliques on Forai’s baby onesies. Being part of Forai helps her improve her English, gain confidence, and create a source of supplementary income. “I make extra money while working at home,” she says. “I can watch kids at the same time while I’m making Forai products.” 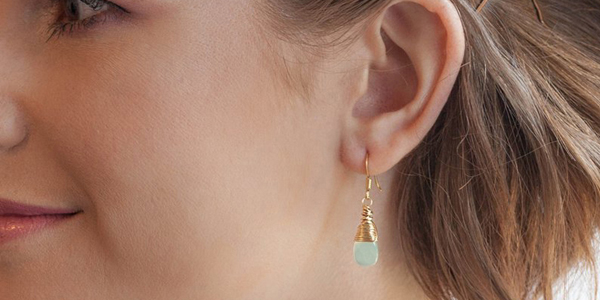 We also have these aqua “Mingle Drop” earrings made by Madhavi, a refugee from Bhutan. Madhavi never knew her homeland, however, as her parents fled the country under persecution and spent 17 years at the Goldhap refugee camp in Nepal. The stress took a toll on the thousands of hungry people who were living in bamboo huts, collecting wood and water to cook rice over open fires. One of Madhavi’s earliest memories is from age 7 when she had to carry a 15 liter jug to get water and bring it home 3 times a day while her mother was ill. When she was 15, a fire ravaged the camp and left 12,000 refugees homeless. She vividly remembers the shouting, the smell of smoke, and the anxious moments trying to gather some rice, money and clothing before the fire reached their hut. They were forced to survive six months in the forest with tarps for shelter and some food brought by NGOs waiting for their bamboo homes to be rebuilt.

Life in the United States as a resettled refugee has been full of challenges and fears for Madhavi, especially regarding crime in her neighborhood and learning the language. Although she studied some English in school, people often misunderstand her or react with impatience.

Madhavi dreams of going back to school to become a nurse or a pharmacist. Right now, she is a Forai artisan grateful to learn a new skill and be able to make jewelry at home. The extra income helps pay for food, clothing, and diapers for her young son. When asked how she feels seeing someone wearing the jewelry she made, she replied “I feel good! I made that!”

Support Madhavi, Rupa, and the other women by shopping here.